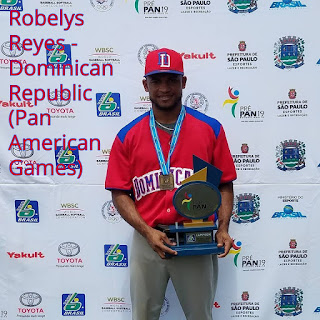 Hassan Pena (Quintana Roo free agent) has requested his suspension be lifted in order to return.  He was suspended for a year after failing drug test in which he tested positive for marijuana: El Emergente

Rangel Ravelo (Memphis-Lara) wore his new shirt he showed off on his instagram: El Emergente

The last time Panama hosted the Caribbean Series was in 1960: TV Max Deportes

Until political issues are settled, Cuba will not host the Caribbean Series: Diario de Cuba