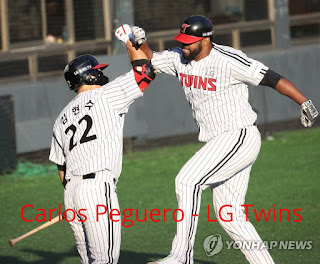 Carlos Peguero (former Memphis-LG) started as designated hitter and batted sixth.  3-for-5 with one home run, one RBI, one run, and one strikeout.