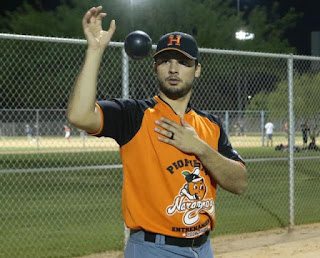 Jamie Romak (former Memphis-SK) started at first base and batted third.  2-for-5 with two strikeouts.

Xavier Scruggs (former St. Louis-NC) started as designated hitter and batted fifth.  0-for-4 with one walk and two strikeouts.

Nick Additon (former Memphis-Chinatrust) entered in the fourth and pitched 2.1 innings.  He allowed four hits, four earned runs, one home run, one walk, and struck one out.

Alexis Wilson (State College-Culiacan) started at catcher and batted eighth.  1-for-4 with one double and allowed one stolen base.

Rangel Ravelo (Memphis-Lara) started in left field and moved to first base, batting second.  2-for-3 with one double, two walks, and one strikeout.