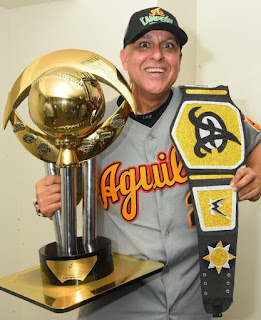 Francisco Rivera (former Palm Beach-Acuyacan) started as designated hitter and batted fifth.  0-for-3 with one walk and one strikeout.

Edgard Montiel (former DSL-Chinandega) started as designated hitter and batted sixth.  0-for-3 with one sacrifice and grounded into one double play.

Notes:
Robinson Cancel (former Memphis-Culiacan MGR) will not be joining Culiacan due to assignment with Colorado: El Nuevo Dia
Posted by jrocke217 at 10:09 AM