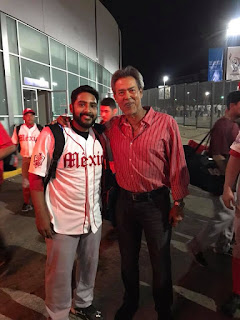 Alberto Rosario (former St. Louis-Cibaenas) started at catcher and batted ninth.  0-for-2 with one strikeout and allowed one stolen base.

Francisco Rivera (former Palm Beach-Acayucan) started as designated hitter and batted fifth.  2-for-4 with one double and grounded into one double play.

No current or former Cardinals made the Culiacan roster: LMP Official Site

Granma released their roster and includes many player from various teams: Baseball de Cuba
Posted by jrocke217 at 10:04 AM