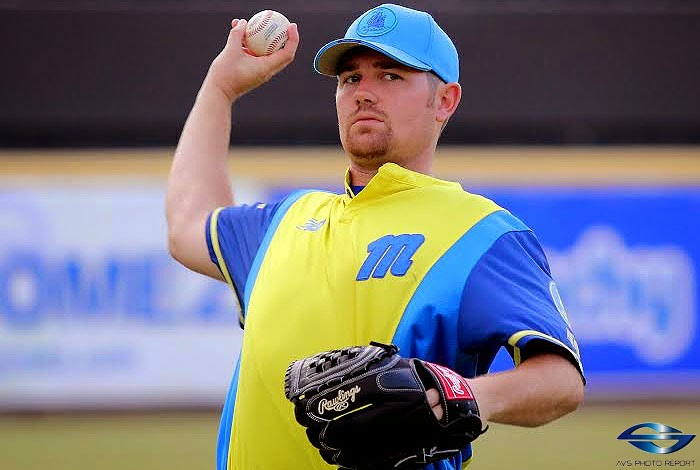 Cesar Izturis (former St. Louis-Lara) started in second base and batted second.  2-for-4 with one double, two RBIs (one w/two-outs), and one walk.

Renyel Pinto (former Memphis-La Guaira) entered in the ninth and pitched one inning.  He allowed no hits or runs.  (g/f:1-2)

Ronny Cedeno (former St. Louis-Magallanes) started at shortstop and batted eighth.  0-for-4 with one walk, one strikeout, and assisted in two double plays.

Jose Martinez (former Springfield-Aragua) started at second base and batted fifth.  2-for-2 with one double, one walk, one sacrifice, and assisted in one double play.
Jorge Rondon (former St. Louis-Aragua) entered in the seventh and pitched to six batters.  He allowed two hits, one earned run, one walk, hit one batter, and struck one out.  (g/f:1-0)

Delwyn Young (Sugar Land) has signed on to play for Lara: El Universal

Daniel McCutchen (former 2005 draft selection-Navegantes) started and pitched three innings.  He allowed one hit, no runs, and struck two out.

Carlos Torres (Johnson City-Margarita) entered late in the game as a pinch hitter and took over in centerfield, bating ninth.  0-for-1 with one strikeout.

Justin Christian (former Memphis-Mochis) started in centerfield and batted leadoff.  1-for-4 with one strikeout.

Anthony Garcia (Palm Beach-Carolina) started in right field and batted fourth.  1-for-2 with one run, two walks, and one strikeout.
J.C. Romero (former St. Louis-Carolina) entered in the ninth and pitched one inning.  He allowed one hit, one earned run, one walk, hit one batter, and struck one out for the save (3).  (g/f:0-2)

Ruben Gotay (former Memphis-San Juan) started at second base and moved to third, batting second.  2-for-3 with one double, one home run, two two-out RBIs, one run, one walk, and assisted in one double play.

Shohei Otani (Nippon Ham) is in contract extension negotiations with Nippon Ham: Yakyubaka
Posted by jrocke217 at 10:53 AM