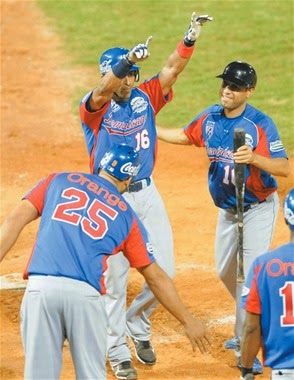 Notes:
The championship series will be aired on ESPN: ABL Official Site

Julio Lugo (former St. Louis-Licey) started at first base and moved to second, batting seventh.  2-for-5 with one home run, three two-out RBIs, one run, one strikeout, and assisted in two double plays.

Dennys Reyes (former St. Louis-Hermosillo) entered in the seventh and pitched one inning.  He allowed one hit, one earned run, hit one batter, and struck one out.  (p-s:14-9)(g/f:0-1)

Yulieski Gourriel (Villa Clara) has a dream to play in the big leagues: La Prensa