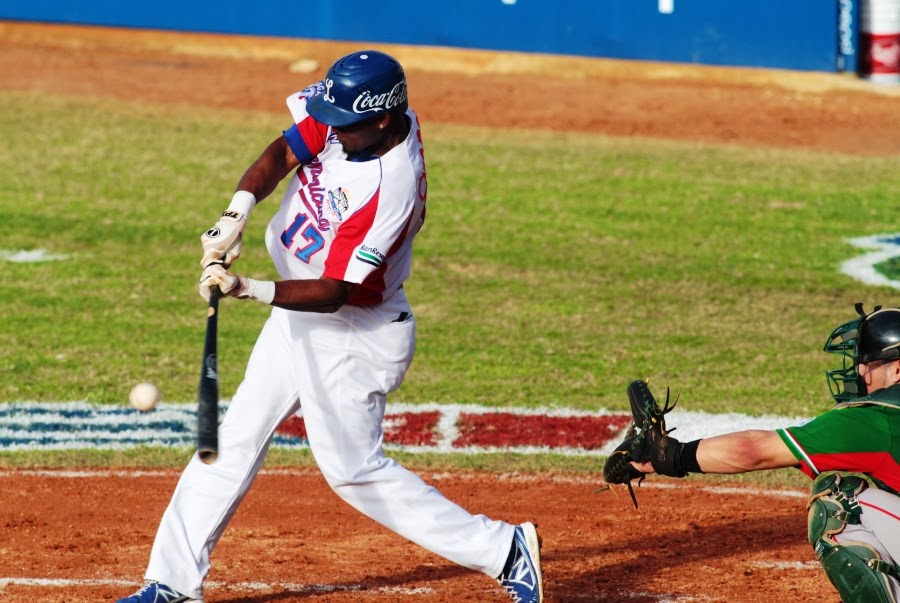 Luis Garcia (former New Haven-Hermosillo) started as designated hitter and batted seventh.  2-for-4 with two doubles, three RBIs (one w/two-outs), and one run.

Randy Ruiz (former MiLB signing-Mayaguez) started as designated hitter and batted fourth.  3-for-4 with one double, one two-out RBI, one run, and one strikeout.
Luis Montanez (former Memphis-Mayaguez) started in right field and batted eighth.  0-for-3 at the plate.
Tyler Herron (former Springfield-Mayaguez) entered in the ninth and pitched one inning.  He allowed no hits or runs, and one walk for the save (2).  (p-s:16-8)(g/f:2-0)

Caribbean Series is considering Nicaragua for the tournament, but dismissed Columbia and Panama: Lider

Carlos Zambrano (Philadelphia free agent-Magallanes) is aiming to be in spring camp and return to the majors: Lider

Carlos Baerga (former St. Louis-Mayaguez MGR) is not happy with the organization of the Caribbean Series schedule: El Universal

Felix Fermin (Aguilas MGR) will meet with the orginization to determine his future: Listin Diario

Eliezer Alfonso (former Peoria-Magallanes) was surprised to be playing the catcher position: Lider

Sergio Mitre (Mexicali) and Loek Van Mil (Cincinnati fee agent) will tryout for Rakuten: Yakyubaka
Posted by jrocke217 at 8:45 AM