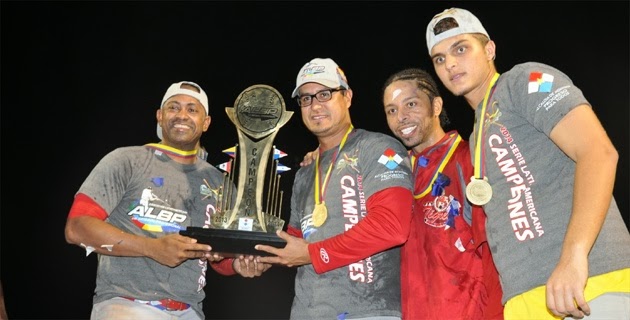 Luis Garcia (former New Haven-Hermosillo) started as designated hitter and batted seventh.  0-for-4 with one strikeout.

Eliezer Alfonso (former Peoria-Magallanes) entered in the third as a pinch runner and took over at catcher, batting sixth.  0-for-3 with two strikeouts and allowed two stolen bases.

Cuban players mostly sit in their rooms & are not permitted to talk with media: El Universal

Fans protested the presence of Cuba in the Caribbean Series: El Universal

Cuba would like to have full rights to participate in the Caribbean Series as they do in the World Baseball Classic or other tournaments: El Nuveo Dia