Cardinals Winter League Notebook 10-11-17: Xavier Scruggs Hits A Two-Run Homer; Arturo Reyes Pitched Two Scoreless Innings; Eduardo Sanchez Strikes Out One & Holds One Inherited Runner On Base Over One & A Third Hitless/Scoreless Innings For The Win 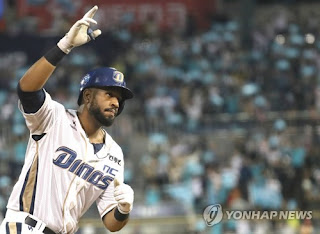 Xavier Scruggs (former St. Louis-NC) started at first base and batted fourth.  1-for-5 with one home run, two RBIs, one run, one strikeout, and committed one error.

Peter Mooney (former 2010 draft selection-Salt River) entered late in the game at shortstop and batted seventh.  1-for-2 at the plate.

Cesar Valera (former Palm Beach-Caribes) started at second base and batted seventh.  1-for-3 with one double and one strikeout.

Pedro Echemendia (Memphis-La Guaira) entered in the seventh and pitched to four batters.  He allowed two hits, no runs, and struck one out.  (p-s:17-12)(g/f:1-0)