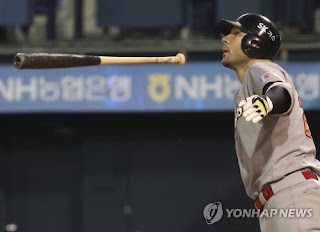 Oscar Mercado (Springfield-Surprise) started in centerfield and batted leadoff.  2-for-3 with two walks and one strikeout.
Andrew Knizner (Springfield-Surprise) started at first base and batted fourth.  1-for-5 with one run and grounded into two double plays.
Edmundo Sosa (Palm Beach-Surprise) started at shortstop and batted seventh.  2-for-4 with one triple, one RBI, and one run.
Jordan Hicks (Palm Beach-Surprise) entered in the fifth and pitched two innings.  He allowed five hits, four earned runs, one home run, one walk, and struck three out for the blown save (1) and losing decision (0-2).  (p-s:36-22)(g/f:2-0)

Ian Rice (former 2012 draft selection-Mesa) started at first base and batted ninth.  1-for-3 with one walk, two strikeouts, and one fielding error.

Peter Mooney (former 2010 draft selection-Salt River) entered late in the game as a pinch runner and scored one run.

Cedric Hunter (former Memphis-Obregon) started as designated hitter and batted fifth.  0-for-3 with one walk.

Alexis Wilson (State College-Culiacan) started at catcher and batted ninth.  0-for-4 with one strikeout.

Efren Navarro (former Memphis-Hermosillo) started at first base and batted third.  2-for-3 with two RBIs, two runs, one sac fly, one strikeout, and assisted in one double play.

Wilfredo Tovar (Memphis-Caracas) started at shortstop and batted leadoff.  2-for-4 with one double, one run, and assisted in one double play.

Cesar Valera (former Palm Beach-Caribes) started as designated hitter and batted ninth.  3-for-4 with one two-out RBI and one strikeout.

Richard Castillo (former Memphis-Zulia) entered in the sixth and pitched three innings.  He allowed one hit, one earned run, and one home run for the winning decision (1-0).  (p-s:26-16)(g/f:2-3)

Jose Martinez (former Springfield-Magallanes) started at third base and batted eighth.  0-for-2 with one run and one walk.

Notes:
Wilfredo Tovar (Memphis-Caracas) will be getting more playing time at second base: El Emergente

Notes:
Fidencio Flores (former GCL) was named a starter for the Nicaraguan team: La Prensa
Posted by jrocke217 at 11:18 AM