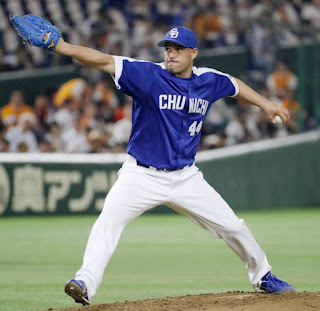 Xavier Scruggs (former St. Louis-NC) started at first base and batted fourth.  0-for-4 with three strikeouts.

Peter Mooney (former 2010 draft selection-Salt River) started at shortstop and batted eighth.  0-for-3 and assisted in one double play.

Efren Navarro (former Memphis-Hermosillo) started at first base and batted third.  1-for-4 with one run, one walk, and one strikeout.

Cedric Hunter (former Memphis-Obregon) started in centerfield and moved to left, batting fifth.  0-for-3 with one hit by pitch, one stolen base, and two strikeouts.

Alexis Wilson (State College-Culiacan) started at catcher and batted ninth.  0-for-4 at the plate.

Dennis Ortega (Peoria-Margarita) started at catcher and batted eighth.  1-for-5 with one double, one two-out RBI, one strikeout, one throwing error, and allowed one stolen base.

Wilfredo Tovar (Memphis-Caracas) started at shortstop and batted ninth.  1-for-4 and assisted in two double plays.