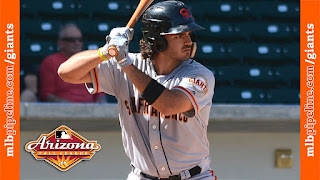 Charlie Tilson (former Memphis-Glendale) started in centerfield and batted eighth.  1-for-2 with one double, one two-out RBI, one run, and three walks.

Aramis Garcia (former 2011 draft selection-Scottsdale) started at catcher and batted sixth.  1-for-4 with two RBIs (one w/two-outs), one sac fly, one hit by pitch, one strikeout, and allowed two stolen bases.

Randy Arozarena (Springfield-Navojoa) started in centerfield and moved to left, batting leadoff.  2-for-4 with one double, one home run, one RBI, two runs, and one strikeout.

Efren Navarro (former Memphis-Hermosillo) started at first base and batted third.  3-for-5 with two doubles, one run, and one strikeout.

Robert Stock (former Palm Beach-Jalisco) entered in the ninth and pitched one inning.  He allowed one hit and no runs.  (p-s:8-5)(g/f:1-1)

Wilfredo Tovar (Memphis-Caracas) started at second base and batted second.  1-for-4 with one triple, one run, one strikeout, and assisted in one double play.

Jose Martinez (St. Louis-La Guaira) started at first base and batted fourth.  1-for-3 and assisted in one double play.

Wilfredo Tovar (Memphis-Caracas) recognizes his versatility on the field and points out his hitting improvements: Lider

Imeldo Diaz (Johnson City-Margarita/Aragua) started at shortstop and batted eighth.  1-for-2 with one RBI and one run.

Alberto Rosario (St. Louis free agent-Estellas) started at catcher and batted ninth.  0-for-1 with two sacrifices, one catcher interference error, and threw out one base runners.