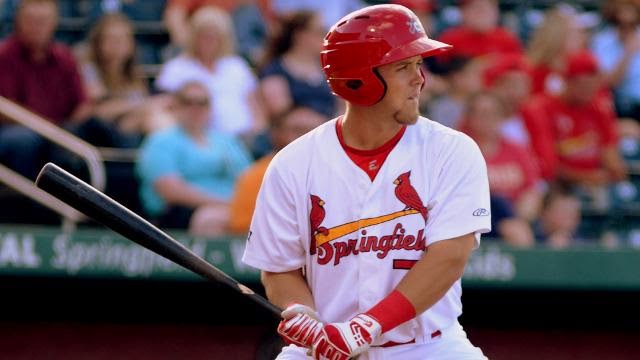 Cody Stanley (Springfield-Peoria) entered late in the game as a pinch runner and took over at first base, batting sixth.  1-for-3 with one run and assisted in two double plays.
Jacob Wilson (Springfield-Peoria) started as designated hitter and batted eighth.  1-for-4 with one double, two two-out RBIs, two runs, and one hit by pitch.
Chris Perry (Palm Beach-Peoria) entered in the ninth and pitched one inning.  He allowed no hits or runs, and two walks.  (p-s:18-7)(g/f:1-0)

Rafael Ortega (Memphis-La Guaira) started in centerfield and batted leadoff.  0-for-2 with one strikeout.
Alex Castellanos (former Springfield-La Guaira) entered late in the game as a pinch hitter and took over in cenerfield, batting leadoff.  0-for-1 at the plate.

Jose Martinez (former Springfield-Aragua) started at second base and batted sixth.  1-for-4 with one double, one RBI, and assisted in one double play.

Tommy Pham (St. Louis-Caracas) started in centerfield and batted leadoff.  0-for-2 with one walk, one hit by pitch, and one strikeout.

Eliezer Alfonso (former Peoria-Margarita) hopes to win a championship and is not aiming for home run record: Lider

Jhonny Polanco (Peoria-Boer) and Javier Colina (former Memphis-Boer) are expected on to be on hand for opening day with Boer: La Prensa