Cardinals Winter League Notebook 10-27-14: Oscar Taveras Passes Away In The Dominican Republic; Silfredo Garcia Strikes Out One Of Four Batters For The Hold; Cesar Valera Doubles 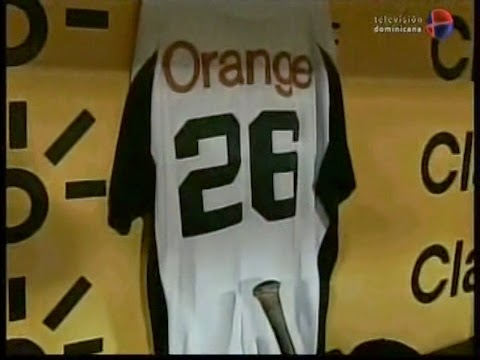 Eliezer Alfonso (former Peoria-Margarita) started as designated hittter and batted fourth.  1-for-4 with one home run, three RBIs, one run, and two strikeouts.
David Peralta (former Johnson City-Margarita) started in right field and batted fifth.  1-for-3 with one two-out RBI, one walk, and one strikeout.
Silfredo Garcia (Palm Beach-Margarita) entered in the ninth and pitched to four batters.  He allowed one hit, no runs, one walk, and struck one out for the hold (1).  (g/f:0-1)

Rafael Ortega (Memphis-La Guaira) entered late in the game as a pinch hitter and batted eighth.  0-for-1 with one strikeout.

Joe Thurston (former St. Louis-Lara) started in right field and batted second.  0-for-2 with one walk and one outfield assist.
Cesar Izturis (former St. Louis-Lara) started at second base and batted ninth.  1-for-3 at the plate.
Richard Castillo (former Memphis-Lara) entered in the sixth and pitched 1.1 innings.  He allowed no hits or runs, one walk, and struck two out.  (g/f:1-0)(ir-s:1-0)

Cesar Valera (Palm Beach-Caribes) started at shortstop and batted ninth.  1-for-3 with one double and two strikeouts.

Tommy Pham (St. Louis-Caracas) started in centerfield and batted eighth.  0-for-2 with one walk.
Boone Whiting (Memphis-Caracas) started and pitched two innings.  He allowed two hits, one earned run, hit one batter, and struck four out for the losing decision (0-1).  (p-s:40-25)(g/f:2-0)

Brian Broderick (former Memphis-Jalisco) entered in the ninth and pitched one inning.  He allowed no hits or runs, and struck one out for the winning decision (2-0).  (p-s:11-9)(g/f:2-0)

Audry Perez (Memphis-Cibaenas) started at catcher and batted seventh.  1-for-4 with one strikeout.

Eugenio Velez (former Memphis-Azucareros) started in left field and batted second.  2-for-3 with two runs, one hit by pitch, and one strikeout.

Notes:
Oscar Taveras (St. Louis-Cibaenas) and his girlfriend, Edilenia Alvarez, were killed in an accident on a stretch of highway between Sosua and Cabarete in the Dominican Republic: Listin Diario

Cibaenas released a statement on the death of Oscar Taveras (St. Louis-Cibaenas) and his girlfriend: Cibaenas Official Site

Yokohama of NPB will not bring Jorge Sosa (former St. Louis-Escogido) back in 2015: Yakyubaka

Jose Garcia (former Memphis-Rivas) started at shortstop and batted second.  2-for-3 with one run, two walks, one sacrifice, and grounded into one double play.

Joel Pineiro (former St. Louis) will be a part of the Santurce rotation with Jonathan Rodriguez (Memphis) manning third base and Pedro Feliciano (former Memphis) pitching out of the bullpen: El Nuevo Diario
Posted by jrocke217 at 10:50 AM