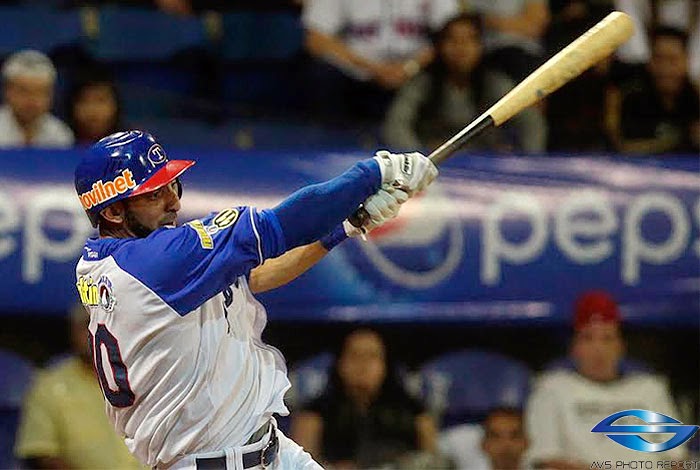 Jose Martinez (former Springfield-Aragua) started at second base and batted fourth.  0-for-4 and assisted in one double play.
Eduardo Sanchez (former St. Louis-Aragua) entered in the eighth and pitched to three batters.  He allowed one hit and no runs.  (g/f:2-0)(ir-s:1-1)

Joe Thurston (former St. Louis-Lara) started in right field and batted fifth.  0-for-3 with one strikeout.

Tommy Pham (St. Louis-Caracas) started in centerfield and batted leadoff.  0-for-4 with one walk and one strikeout.

Pedro Rodriguez (former MiLB signing-Caribes) entered in the eighth and pitched to two batters.  He allowed no hits or runs, and two walks.  (p-s:8-0)

David Peralta (former Johnson City-Margarita) starred in right field and batted third.  0-for-2 with one run, three walks, and one strikeout.
Eliezer Alfonso (former Peoria-Margarita) started at catcher and batted fourth.  1-for-4 at the plate.
Silfredo Garcia (Palm Beach-Margarita) entered in the eighth and pitched one inning.  He allowed two hits, no runs, and struck one out.  (g/f:2-0)

Rafael Ortega (Memphis-La Guaira) started in cenrerfield and batted second.  1-for-3 at the plate.
Alex Castellanos (former Springfield-La Guaira) entered late in the game as a pinch hitter and took over in centerfield, batting second.  1-for-2 with one home run, four RBIs, and one run.

Luis Garcia (former New Haven-Hermosillo) started at first base and batted fourth.  1-for-3 with one two-out RBI and two walks.