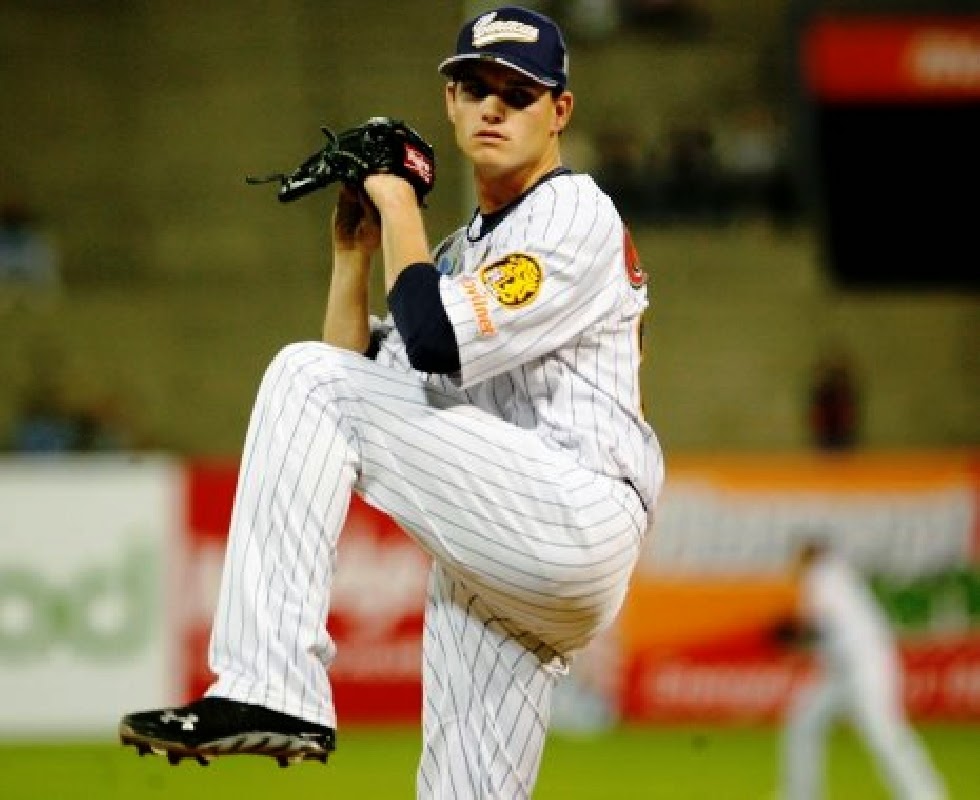 Breyvic Valera (Springfield-Peoria) started at third base and batted leadoff.  0-for-2 with one RBI, two walks, and one stolen base.
Jacob Wilson (Springfield-Peoria) started at first base and batted fifth.  2-for-4 with one two-out RBI, one caught stealing, and one throwing error.
Sam Tuivailala (St. Louis-Peoria) entered in the ninth and pitched one inning.  He allowed no hits or runs.  (p-s:12-10)(g/f:3-0)

David Peralta (former Johnson City-Margarita) started in right field and batted fourth.  1-for-4 with one strikeout and was picked off.
Eliezer Alfonso (former Peoria-Margarita) started at first base and batted sixth.  1-for-4 with one strikeout and assisted in one double play.
Silfredo Garcia (Palm Beach-Margarita) entered in the eighth and pitched to three batters.  He allowed one hit, no runs, one walk, and struck one out for the winning decision (1-0).  (ir-s:1-0)

Cesar Valera (Palm Beach-Caribes) entered late in the game as a pinch hitter and took over at third base, batting fourth.  0-for-1 with one strikeout.
Pedro Rodriguez (former MiLB signing-Caribes) entered in the eighth and pitched 1.2 innings.  He allowed two hits, no runs, and struck two out.  (g/f:2-0)

Ronny Cedeno (former St. Louis-Magallanes) started as designated hitter and batted eighth.  2-for-6 with one double, one RBI, and one strikeout.


Jose Martinez (former Springfield-Aragua) started at second base and batted sixth.  2-for-3 with one double, one two-out RBI, two runs, one walk, one strikeout, and assisted in one double play.
Jose Rada (formetr Springfield-Aragua) entered in the sixth and pitched one inning.  He allowed one hit and no runs for the winning decision (1-1).  (g/f:2-0)
Eduardo Sanchez (former St. Louis-Aragua) entered in the eighth and pitched one inning.  He allowed no hits or runs, one walk, threw one wild pitch, and struck two out for the hold (1).  (g/f:1-0)

Luis Garcia (former New Haven-Hermosillo) started at first base and batted fifth.  1-for-3 with one walk and assisted in two double plays.

Ruben Gotay (former Memphis-San Juan) was named to the opening day roster: El Nuevo Dia
Posted by jrocke217 at 10:49 AM