Cardinals Winter League Notebook 10-15-14: Silfredo Garcia Strikes Out One Over One Scoreless Inning For The Save; Tyrell Jenkins Receives Pitcher Of The Week Consideration; Jorge Rondon Activated In The Venezuelan League 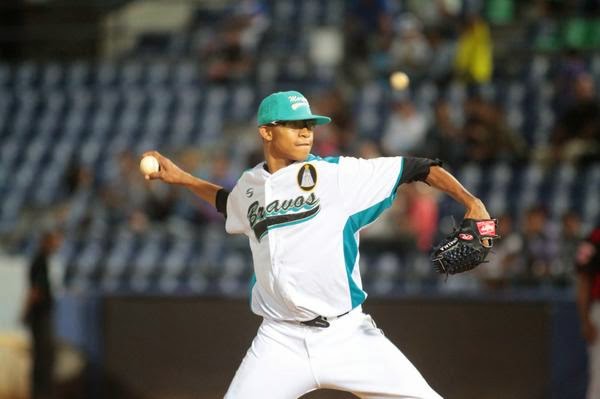 David Peralta (former Johnson City-Margarita) started in right field and batted third.  1-for-4 with one double, one RBI, one run, and one strikeout.
Eliezer Alfonso (former Peoria-Margarita) started at first base and batted fifth.  1-for-3 at the plate.
Silfredo Garcia (Palm Beach-Margarita) entered in the ninth and pitched one inning.  He allowed no hits or runs, and struck one out for the save (1).  (g/f:1-1)

Tommy Pham (St. Louis-Caracas) started in centerfield and batted leadoff.  0-for-2 with one run, two walks, and one strikeout.

Luis Garcia (former New Haven-Hermosillo) started at first base and batted fourth.  0-for-3 with one walk and assisted in three double plays.

Hugo Castellanos (former Memphis-Jalisco) entered in the seventh and pitched to two batters.  He allowed no hits, one earned run, and hit one batter for the hold (1).  (p-s:9-5)(g/f:1-0)
Brian Broderick (former Memphis-Jalisco) entered in the ninth and pitched one inning.  He allowed three hits and one earned run for the save (1).  (p-s:13-8)(g/f:1-1)

Justin Christian (former Memphis-Mochis) started in centerfield and batted leadoff.  0-for-4 with one walk.