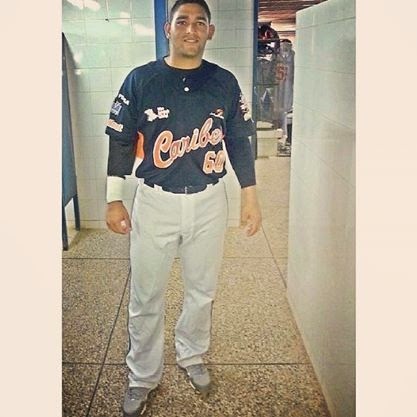 Eliezer Alfonso (former Peoria-Margarita) started at first base and batted fourth.  5-for-5 with one home run, four RBIs (one w/two-outs), one run, one fielding error, and assisted in two double plays.

Joe Thurston (former St. Louis-Lara) started in left field and batted seventh.  0-for-3 with one walk and grounded into one double play.
Richard Castillo (former Memphis-Lara) entered in the fifth and pitched to four batters.  He allowed two hits, two earned runs, one walk, and struck one out.  (ir-s:2-2)

Jose Martinez (former Springfield-Aragua) started at second base and batted fifth.  2-for-4 with two doubles, two RBIs, one run, one sac fly, and assisted in two double plays.
Eduardo Sanchez (former St. Louis-Aragua) entered in the seventh and pitched one inning.  He allowed one hit, no runs, and struck one out for the winning decision (1-0).  (g/f:1-0)

Ronny Cedeno (former St. Louis-Magallanes) started at shortstop and batted leadoff.  1-for-3 with one double, one run, and one sacrifice.

Jhohan Acevedo (State College-Caracas) started in centerfield and batted third.  3-for-5 with one RBI, one run, and two strikeouts.

Carlos Torres (Johnson City-Margarita) started in centerfield and moved to left, batting sixth.  3-for-5 with one run and one stolen base.
Gueddy Guerra (former DSL-Margarita) started and pitched five innings.  He allowed seven hits, two earned runs, thre walks, and struck two out.

Justin Christian (former Memphis-Mochis) started in centerfield and batted leadoff.  1-for-4 at the plate.

Hugo Castellanos (former Memphis-Jalisco) entered in the seventh and pitched to five batters.  He allowed three hits, one earned run, and struck one out for the losing decision (0-1).  (p-s:11-9)(g/f:1-0)

Xavier Scruggs (St. Louis-Cibao) started in left field and batted fourth.  1-for-4 with one double, one two-out RBI, one run, one walk, and two strikeouts.
Miguel Batista (former St. Louis-Cibao) entered in the ninth and pitched one inning.  He allowed no hits or runs, two walks, and struck one out.  (g/f:1-0)

Notes:
Hector Luna (former St. Louis-Cibaenas) is not going to play for Lara in the LVBP: Listin Diario

C.J. Beatty (former Palm Beach) is listed on the Brisbane roster: Brisbane Official Site
Posted by jrocke217 at 10:20 AM