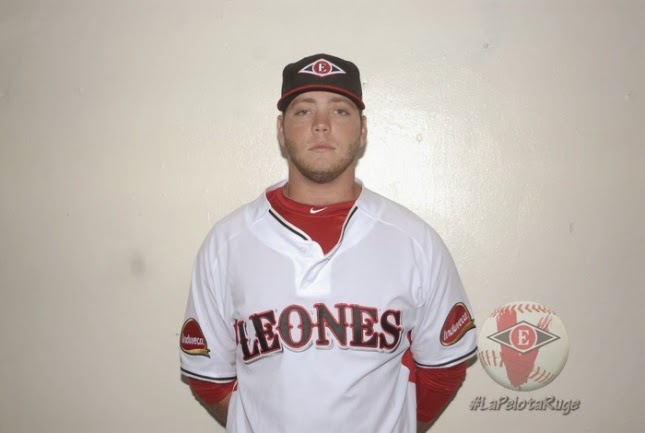 Notes:
Magallanes to meet with Johana Santana (Baltimore free agent) and see where he is in his recovery: El Universal

Javier Avendano (former Batavia-Aragua) entered in the in the seventh and pitched one inning.  He allowed three hits, two earned runs, threw two wild pitches, and struck two out for the losing decision (1-1).

Cesar Valera (Palm Beach-Caribes) started at shortstop and batted third.  1-for-3 with one double, two runs, one hit by pitch, one stolen base, and one strikeout.
Ronnierd Garcia (Peoria-Caribes) entered late in the game at third base.

Carlos Torres (Johnson City-Margarita) started in right field and batted seventh. 0-for-4 with one strikeout.

Kelvin Jimenez (former St. Louis-Hermosillo) entered in the seventh and pitched one inning.  He allowed one hit, no runs, and struck two out.  (p-s:13-9)(g/f:2-0)

Justin Christian (former Memphis-Mochis) started in centerfield and batted leadoff.  1-for-4 with one hit by pitch.

Dennys Reyes (former St. Louis-Culiacan) entered in the seventh and pitched to two batters.  He allowed one hit, no runs, one walk, and threw one wild pitch.  (p-s:8-4)(ir-s:1-0)

Audry Perez (former St. Louis-Cibaenas) started at catcher and batted seventh.  0-for-4 at the plate.

Anthony Garcia (Palm Beach-Carolina) started in right field and batted fourth.  0-for-3 with one strikeout.
J.C. Romero (former St. Louis-Carolina) entered in the ninth and pitched one inning.  He allowed no hits or runs, and struck two out.  (g/f:1-0)

Jonathan Rodriguez (Memphis-Santurce) started as designated hitter and batted seventh.  1-for-4 with one double and two strikeouts.
Pedro Feliciano (former Memphis-Santurce) entered in the eighth and pitched to one batter.  He allowed no hits or runs.  (g/f:1-0)

Luis Mateo (Memphis free agent-Caguas) started at shortstop and batted ninth.  1-for-2 with one double, one RBI, one sac fly, one fielding error, and assisted in two double plays.

Ivan Bellazetin (former MiLB tryout-Acayucan) started at second base and batted leadoff.  2-for-4 at the plate.

Oneli Perez (former Memphis-La Cuenca) entered in the seventh and pitched one inning. He allowed two hits, no runs, one walk, and struck one out.