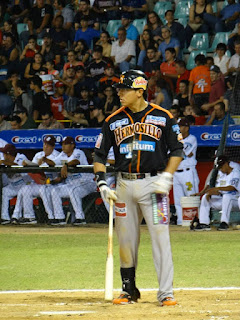 Cesar Valera (former Palm Beach-Caribes) started at shortstop and batted seventh.  0-for-5 with one strikeout and assisted in two double plays.
Jose Godoy (Peoria-Caribes) started at catcher and batted eighth.  1-for-5 with one two-out RBI, one run, and one strikeout.
Roberto Canache (former Johnson City-Caribes) entered in the fourth and pitched 2.1 innings.  He allowed three hits, no runs, threw one wild pitch, and struck one out for the winning decision (1-0).  (p-s:30-20)(g/f:(g/f:1-0)(ir-s:2-2)

Ildemaro Vargas (former Palm Beach-Lara) started at second base and batted seventh.  0-for-4 with one strikeout and assisted in one double play.
Richard Castillo (former Memphis-Lara) entered in the sixth and pitched 2.1 innings.  He allowed four hits, two runs (one earned), and struck one out.  (p-s:38-27)(g/f:1-4)

Jose Martinez (former Springfield-Magallanes) started at third base and batted seventh.  0-for-2 and assisted in one double play.

Notes:
Eliezer Alfonzo (former Peoria-Margarita) is out of action with tendinitis in his left foot and Breyvic Valera (Memphis-Margarita) has a seven-game hitting streak: LVBP Official Site

Paul DeJong (Springfield-Glendale) started as designated hitter and batted sixth.  0-for-4 with one strikeout.
Corey Littrell (Memphis-Glendale) entered in the third and pitched two innings.  He allowed two hits and one unearned run.  (p-s:25-17)(g/f:5-1)

Iker Franco (former Springfield-Culiacan) started at catcher and batted ninth.  1-for-4 with one RBI and grounded into two double plays.

Efren Navarro (Memphis-Hermosillo) started at first base and batted third.  3-for-5 with one double, two RBIs, one run, one strikeout, and assisted in two double plays.

Jonathan Escudero (State College-Colombia) recorded an out in the eighth and Colombia lost to the Dominican 4-2: El Universal