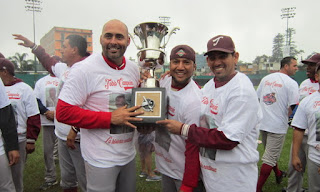 Jose Martinez (former Springfield-Magallanes) started at shortstop and moved to second base, batting eighth.  0-for-4 at the plate.

No Game Scheduled For Tuesday

Notes:
Nick Additon (former Memphis-Escogido) is going out to have fun in what could be the final game of the series: Listin Diario