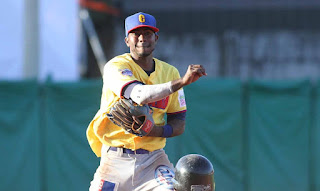 Adelaide won two of three games over Canberra and advanced to the championship versus Brisbane, beginning on Friday.

Notes:
Ronny Cedeno (former MLB signing) would like to manage Magallanes when he retires: El Universal