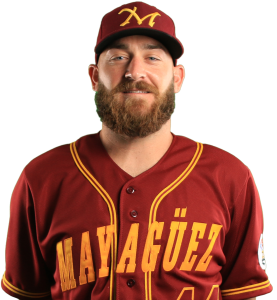 Pedro Rodriguez (former MiLB signing-Caribes) should be pitching soon as he gets past an injury: El Emergente

Pedro Echemendia (Memphis-La Guaira) felt the LVBP was a higher level of competition than what he faced in Cuba, has not received an invitation to spring training from Cardinals yet, and would represent Cuba in World Baseball Classic: Cuban Play

Efren Navarro (former Memphis-Hermosillo) started at first base and batted third.  0-for-3 with one walk, one sacrifice, and one strikeout.

The second playoff draft will be held on January 10, 2017: LMP Official Site

Hector Luna (former St. Louis-Cibaenas) started as designated hitter and batted sixth.  1-for-3 with one strikeout.

Tommy Pham (St. Louis-Escogido) started in centerfield and batted eighth.  1-for-4 with one RBI and two strikeouts.

Donovan Solano (former Memphis-Licey) started a second base and batted second.  0-for-3 with one RBI, one sac fly, and grounded into one double play.

Notes:
Tommy Pham (St. Louis-Escogido) really enjoys the LIDOm atmosphere and compares it to playing in the World Series: Marcador

Jonathan Rodriguez (Memphis free agent-Mayaguez) started at third base and batted sixth.  0-for-3 with one strikeout.
Tyler Herron (former Springfield-Mayaguez) entered in the ninth and pitched 2.2 innings.  He allowed two hits, no runs, and struck two out.  (g/f:2-1)(ir-s:1-0)
Ivan Maldonado (former MiLB tryout-Mayaguez) entered in the 12th and pitched to six batters.  He allowed two hits, one earned run, and two walks (one intentional) for the losing decision (0-1).

Randy Ruiz (former MiLB signing-Caguas) started as designated hitter and batted fifth.  3-for-5 with one two-out RBI and one strikeout.
Ruben Gotay (former Memphis-Caguas) started at first base and batted sixth.  0-for-4 with one walk, two strikeouts, and grounded into one double play.
Justin Wright (Memphis free agent-Caguas) entered in the 12th and pitched to three batters.  He allowed no hits or runs, and one walk for the winning decision (1-0).  (g/f:1-1)(ir-s:1-0)

J.C. Romero (former St. Louis-Santurce) entered in the eighth and pitched to three batters.  He allowed no hits or runs, and hit one batter for the hold (1).  (g/f:1-0)

Anthony Garcia (Memphis-Carolina) started in right field and batted fourth.  0-for-4 with one ground into double play and one outfield assist.

Ronald Ramirez (former Palm Beach-Barranquilla) started at shortstop and batted ninth.  0-for-2 with one sacrifice, two strikeouts, one fielding error, and one throwing error.
Jonathan Escudero (Palm Beach free agent-Barranquilla) entered in the fourth and pitched to four batters.  He allowed no hits or runs, and two walks.  (p-s:18-7)