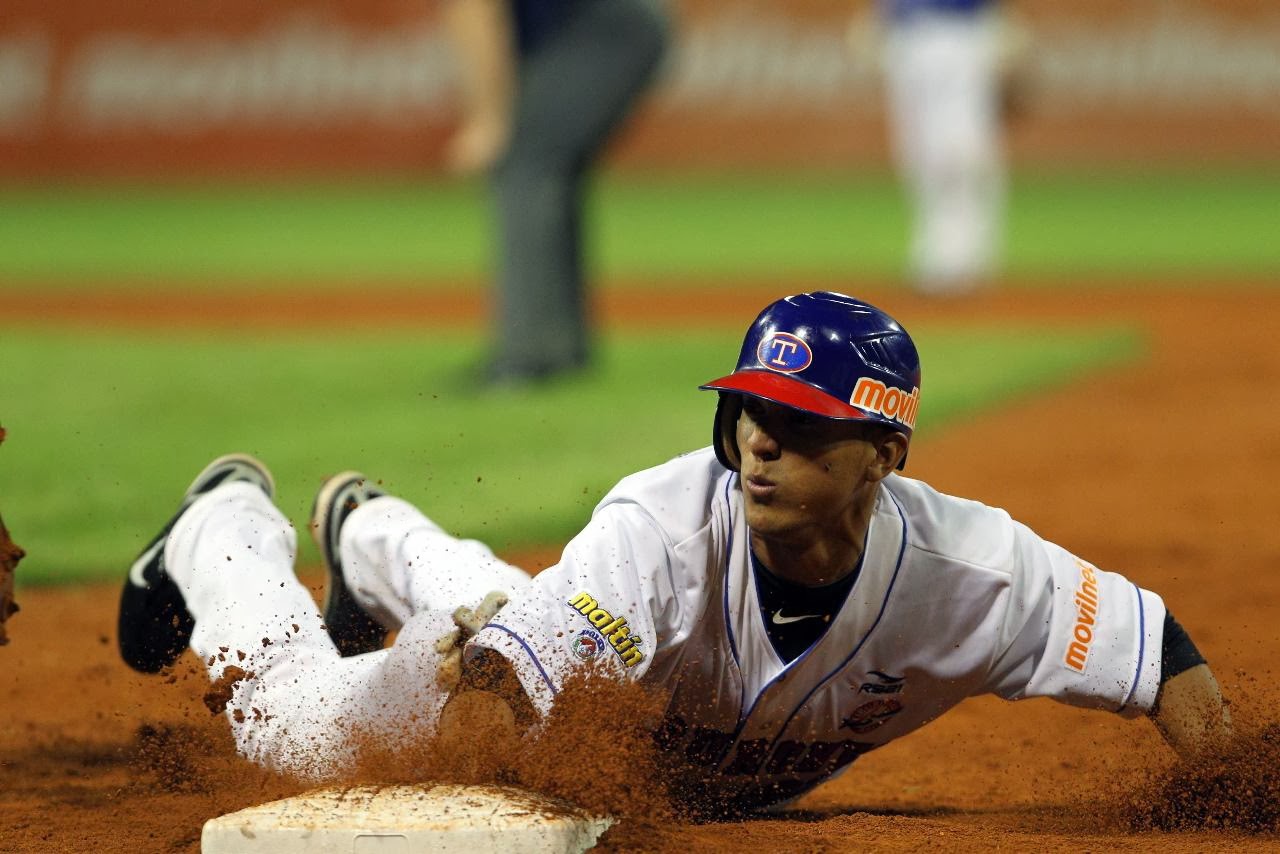 Rafael Ortega (St. Louis waiver claim-La Guaira) started in center field and batted leadoff.  1-for-4 with one RBI, two runs, one intentional walk, and one strikeout.
Joe Thurston (former St. Louis-La Guaira) started at third base and batted third.  4-for-6 with two doubles, two two-out RBIs, one run, and one throwing error.
Beyvic Valera (Peoria-La Guaira) entered in the eighth as a pinch hitter and took over in left field, batting seventh.  1-for-1 with one double and two RBIs.

Ronny Cedeno (former St. Louis-Magallanes) started at shortstop and batted ninth.  2-for-4 with one RBI, one strikeout, one fielding error, and assisted in two double plays.
Jorge Rondon (Memphis-Magallanes) entered in the eighth and pitched 1.2 innings.  He allowed four hits, two earned runs, threw one wild pitch, and struck two out. (g/f:1-0)(ir-s:3-3)

Julio Lugo (former St. Louis-Escogido) started as designated hitter and batted sixth. 1-for-4 at the plate.

Luis Montanez (former Memphis-Mayaguez) started in right field and batted sixth.  2-for-3 with one double and one hit by pitch.
Hector Hernandez (former Palm Beach-Mayaguez) entered in the fifth and pitched two innings.  He allowed three hits, one earned run, and struck three out for the losing decision (0-2).  (g/f:0-3)

Ruben Gotay (former Memphis-Carolina) started as designated hitter and batted third.  1-for-4 with one double, one run, one walk, and three strikeouts.
Juan Caballero (GCL-Carolina) entered in the seventh and pitched one inning.  He allowed no hits or runs, and struck one out.  (g/f:0-2)

Luis Mateo (Springfield-Caguas) started at shortstop and batted second.  0-for-4 at the plate.
Aaron Bates (former Memphis-Carolina) started at first base and batted fifth.  0-for-3 with one strikeout.