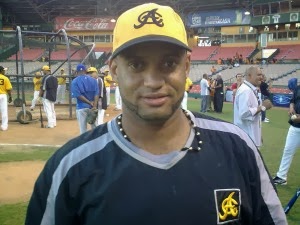 Notes:
Eliezer Alfonso (former Peoria-Magallanes) was not happy sitting on the bench and asked to be released after the season: Lider

Luis Garcia (former New Haven-Hermosillo) started at first base and batted fifth.  1-for-3 with one run, one walk, and one strikeout.
Fernando Salas (former St. Louis-Hermosillo) entered in the ninth and pitched one inning.  He allowed two hits, one unearned run, and struck two out.  (p-s:18-14)(g/f:0-1)

Hermosillo wins the championship series 4-3 and will represent the Mexican Pacific League in the Caribbean Series.

St. Louis does not want Castro to pitch in the Caribbean Series: Dionisio Soldevila Twitter

Ryan Mulhern (former 2002 draft selection-San Andres) started at first base and batted fourth.  1-for-3 with one run, two walks, and one strikeout.

Jolbert Cabrera (former Memphis-Cartagena) started at third base and batted fifth.  1-for-3 with one RBI and two runs.

Notes:
Brasil and Curacao could be added to the Latin American Series: XEU Deportes