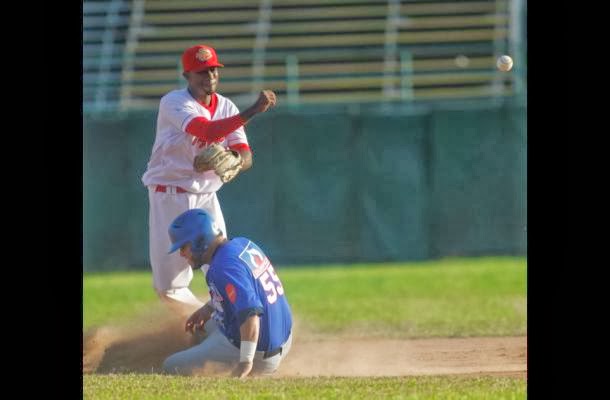 Wilfrido Pujols (former Johnson City-Palm Desert) started at third base and batted eighth.  1-for-3 with one stolen base and one strikeout.

Ryan Mulhern (former 2002 draft selection-San Andres) started at first base and batted fourth.  1-for-4 with one RBI and one walk.

Gustavo Martinez (former GCL-Rivas) entered in the seventh and pitched 2.2 innings.  He allowed one hit, one earned run, one walk, and struck three out.

San Juan may make a return in the Puerto Rican League next winter: Primera Hora

Hiroshima have signed Rainel Rosario to a four-year deal: Yakyubaka and Nikkan Sports

Rosario was released by Escogido (Dominican League) in May 2013: Escogido Official Twitter
Posted by jrocke217 at 9:25 AM