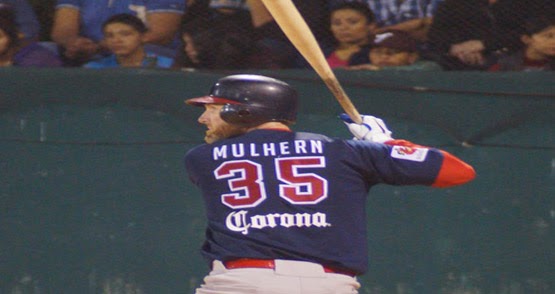 Notes:
Breyvic Valera (Peoria-Margarita) was surprised to get the call to play for La Guaira: LVBP Official Site

La Guaira is in talks with Alex Cabrera (La Guaira) for a two-year contract: El Universal

Luis Garcia (former New Haven-Hermosillo) started as designated hitter and batted sixth.  1-for-4 with one run and two strikeouts.
Fernando Salas (former St. Louis-Hermosillo) entered in the ninth and pitched to one batter.  He allowed no hits or runs for the save (1).  (p-s:1-1)(ir-s:0-1)(ir-s:2-0)

Ivan Bellazetin (former MiLB tryout-Acayucan) started at second base and batted second.  0-for-5 with two strikeouts and grounded into one double play.

Amaury Cazana (former Memphis-Boer) 1-for-5 with one run and one strikeout.

Luis Mateo (Springfield-Caguas) started at shortstop and batted ninth.  2-for-3 with one double, one RBI, was picked off, one throwing error, and assisted in one double play.