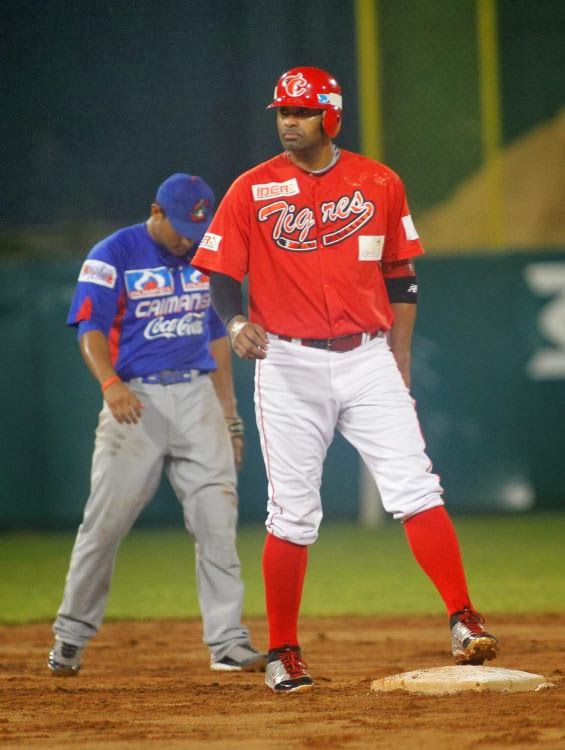 Notes:
Caribes and Magallanes held a draft for reinforcements for the championship series: LVBP Official Site

Luis Garcia (former New Haven-Hermosillo) started as designated hitter and batted sixth.  2-for-3 with one run and one walk.

Eugenio Velez (former Memphis-Licey) started in right field and batted eighth.  1-for-3 at the plate.
Victor Marte (St. Louis free agent-Licey) entered in the eighth and pitched to four batters.  He allowed one hit, no runs, one intentional walk, and struck one out.  (g/f:1-0)

Julio Lugo (former St. Louis-Escogido) started at second base and batted sixth.  1-for-2 with two walks.

Aaron Bates (former Memphis-Caguas) started as designated hitter and batted sixth.  2-for-4 with one double, one run, one walk, and one strikeout.
Luis Mateo (Springfield-Caguas) started at shortstop and batted ninth.  2-for-3 with one run.
Shaun Garceau (former Springfield-Caguas) entered in the fifth and pitched 1.1 innings.  He allowed three hits, one earned run, and one home run.  (g/f:0-2)(ir-s:2-1)

Alllen Cordoba (DSL-Chiriqui) started at shortstop and batted third.  0-for-3 with one strikeout.

Allen Cordoba (DSL-Chiriqui) started at third base and batted third.  0-for-2 with one walk, one strikeout, and one error.

Jonathan Rivera (St. Louis international signing-Herrera) started in the outfield and batted seventh.  0-for-3 with one walk and one strikeout.

Brian Falkenborg (former St. Louis-Rakuten) is expected to be in spring camp on time: Yakyubaka
Posted by jrocke217 at 10:40 AM