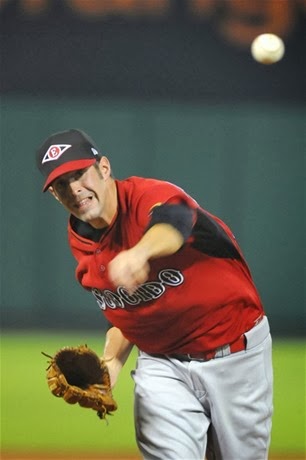 Notes:
The LMP presented the uniforms they will wear during the Caribbean Series: LMP Official Site

Odrisamer Despaigne (Cuban free agent-Mexicali) has been given clearance as a free agent and is negotiating with teams to get into spring camp: El Nuevo Herald

Eugenio Velez (former Memphis-Licey) started in right field and batted eighth.  2-for-4 with one run.

Brett Zawacki (former Springfield-Melbourne) entered in the ninth and pitched one inning.  He allowed two hits, one earned run, and struck two out.  (p-s:21-14)(g/f:0-1)

Notes:
There is debate on whether or not to take players from inactive teams for replacements on the championship squad: El Nuevo Dia