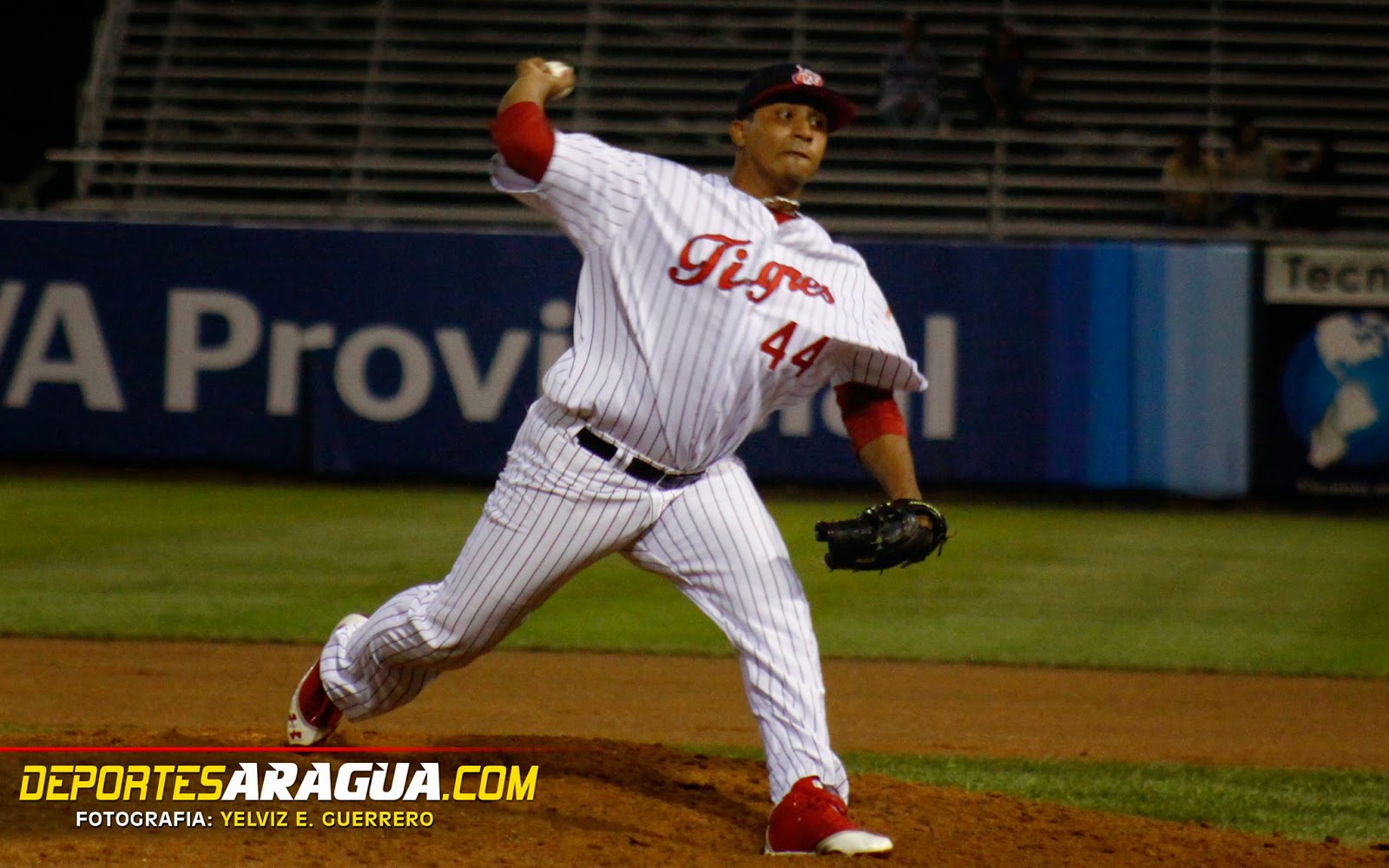 Jose Martinez (former Springfield-Aragua) started at second base and batted third.  1-for-4 with one double, one run, and assisted in two double plays.
Jorge Rondon (former St. Louis-Aragua) entered in the seventh and pitched two innings.  He allowed one hit, no runs, and struck one out.  (g/f:2-1)

Pedro Rodriguez (former MiLB signing-Caribes) entered in the ninth and pitched one inning.  He allowed no hits or runs, and struck one out.  (g/f:2-0)

Ronny Cedeno (former St. Louis-Magallanes) started at shortstop and batted seventh.  1-for-4 with one double and one run.

Eliezer Alfonso (former Peoria-Cibao) started at first base and batted seventh. 1-for-4 with two strikeouts and assisted in one double play.

Eugenio Velez (former Memphis-Azucareros) started in right field and batted eighth.  1-for-4 at the plate.

Jem Argenal (GCL-Chinandega) entered late in the game as a pinch runner and took over at first base, batting fifth.  0-for-1 with one run.
Edgard Montiel (former DSL-Chinandega) started a third base and batted seventh.  1-for-4 with one double, one RBI, one run, one sacrifice and one strikeout.

Saturday's games postponed and will be made up on Monday: LBPRC Official Site

Notes:
15+ MLB scouts will be on hand for the Colombian Developmental League Showcase: El Universal

Amaury Cazana (former Memphis-Paso de Ovejas) started in right field and batted fourth.  1-for-5 with one RBI, one run, and two strikeouts.

Allen Cordoba (DSL-Urraca) started at second base and batted second.  0-for-3 and committed one error.

Diosdany Castillo (Villa Clara) impressed Miami in a tryout and will workout out of for Washington and Philadelphia next: Cuban Play
Posted by jrocke217 at 10:00 AM