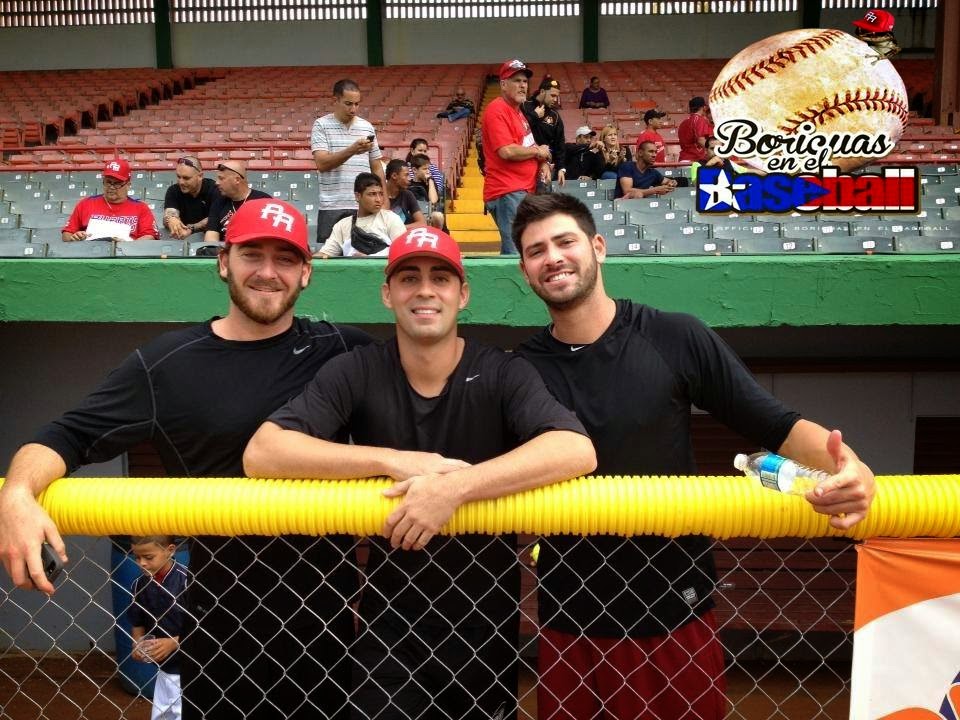 Ronny Cedeno (former St. Louis-Magallanes) started at shortstop and batted seventh.  1-for-3 with two runs, one walk, and one strikeout.

Jose Martinez (former Springfield-Aragua) started at second base and batted sixth.  1-for-5 with one two-out RBI and assisted in one double play.
Jorge Rondon (former St. Louis-Aragua) entered in the fifth and pitched two innings.  He allowed three hits, one earned run, and struck two out.
Luis Perdomo (former Springfield-Aragua) entered in the seventh and pitched to three batters.  He allowed one hit, two earned runs, and one walk.  (g/f:1-0)(ir-s:1-0)

Russell Branyan (former St. Louis-Culiacan) entered late in the game as a pinch hitter and batted ninth.  0-for-1 with one ground into double play.

Anthony Garcia (Palm Beach-Carolina) started in right field and batted fourth.  0-for-1 with one walk, one hit by pitch, and one strikeout.
J.C. Romero (former St. Louis-Carolina) entered in the eighth and pitched one inning.  He allowed no hits or runs.  (g/f:1-2)

Joe Thurston (former St. Louis-Caguas) entered late in the game as a pinch hitter and took over in right field, batting seventh.  0-for-3 with one RBI.

Allen Cordoba (DSL-Urraca) started at second base and batted leadoff.  0-for-2 with one walk.

The league is requesting more information on the Dodgers signing of Chin-Hui Tsao: Focus Taiwan

Curt Smith (former Springfield) is in camp training for the upcoming 2015 tournaments: Mister Baseball
Posted by jrocke217 at 10:40 AM