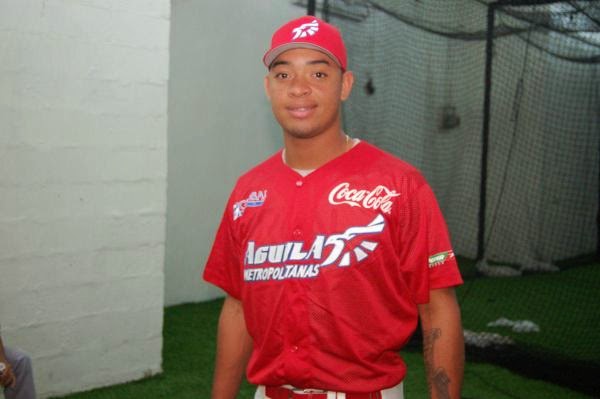 Ronny Cedeno (former St. Louis-Magallanes) started at shortstop and batted second.  2-for-5 with one home run, two RBIs, one run, and one strikeout.

Notes:
Johan Santana (Baltimore free agent-Magallanes) has been ruled out for the rest of the playoffs with discomfort in his shoulder: LVBP Official Site

J.C. Romero (former St. Louis-Estrellas) entered in the eighth and pitched one inning.  He allowed no hits, one earned run, and one walk.  (g/f:0-3)

Eliezer Alfonso (former Peoria-Margarita/Cibao) has had to make many adjustments since making the jump from LVBP to LIDOM: LVBP Official Site

Ten prospects from the Orlando Cabrera Academy in Colombia traveled to the Dominican Republic to work out for scouts: EL Universal

Notes:
Cancelled games from two weeks ago will not be made up: ABL Official Site

Randy Ruiz (former MiLB signing-Mayaguez) started as designated hitter and batted fourth.  1-for-4 with one run and one strikeout.
Luis Montanez (former Memphis-Mayaguez) started in left field and moved to right and back to left, batting eighth.  1-for-3 with one run, one walk, and one fielding error.
Tyler Herron (former Springfield-Mayaguez) entered in the ninth and pitched one inning.  He allowed no hits or runs, and struck two out.  (g/f:1-0)

Edmundo Sosa (State College-Metro) started at shortstop and batted leadoff.  2-for-3 with one home run, two RBIs, one run, and one strikeout.
Jonathan Rivera (DSL-Metro) started in outfield and batted eighth.  3-for-4 with one double and one run.

Notes:
Edmundo Sosa (State College-Metro) received votes for Rookie of the Year: Panama America
Posted by jrocke217 at 10:15 AM