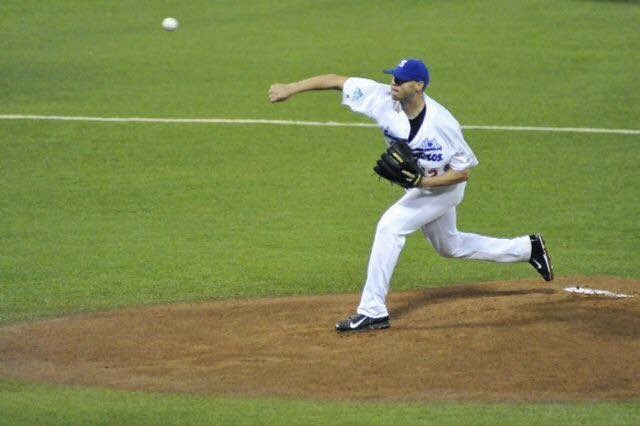 Ronny Cedeno (former St. Louis-Magallanes) started at shortstop and batted second.  1-for-4 with one double, one run, and one walk.

Pedro Rodriguez (former MiLB signing-Caribes) entered in the ninth and pitched one inning.  He allowed two hits and one earned run.  (g/f:3-0)

Notes:
Johan Santana (Baltimore free agent-Magallanes) may not pitch in the championship due to a longer recovery: Lider

Eliezer Alfonso (former Peoria-Cibao) started at first base and batted seventh.  1-for-4 with one run and assisted in two double plays.

Anthony Garcia (Palm Beach-Santurce) started left field and batted fourth.  1-for-3 with one run, one walk, and grounded into one double play.
Jonathan Rodriguez (Memphis-Santurce) entered late in the game as a pinch hitter and batted fourth.  One run and one walk.
Ruben Gotay (former Memphis-Santurce) started at first base and batted sixth.  2-for-4 with one triple, one RBI, one run, one hit by pitch, one caught stealing/pickoff, and assisted in three double plays.
Ivan Maldonado (former MiLB tryout-Santurce) started and pitched five innings.  He allowed four hits, no runs, four walks, and struck one out for the winning decision (2-3).  (g/f:7-3)